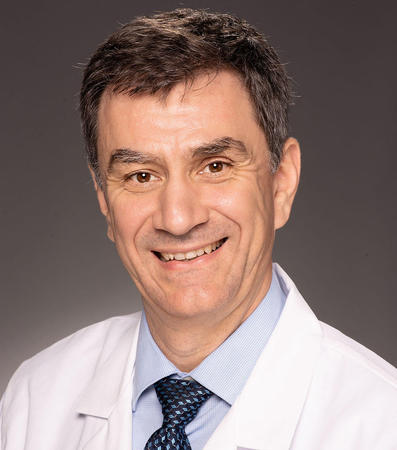 Dr. Firan received his medical degree from University of Craiova Medical School (Romania) in 1993. In August 1998 he became postdoctoral at University of Texas Southwestern Medical Center in Dallas where he studied dysregulation of the immune system including autoimmune disease, such as multiple sclerosis and rheumatoid arthritis. In order to combine his interest in medical research and discovery with his passion for patient care he completed residency training in Anatomic and Clinical Pathology (2013) followed by a fellowship in Hematopathology (2014), and one in Pediatric Pathology (2015) all at University of Texas Southwestern Medical Center.

Dr. Firan was appointed Assistant Professor at Baylor College of Medicine and Texas Children’s Hospital in August of 2015 covering both Pediatric Pathology and Hematopathology services. His primary interests are in any pediatric condition that has an immunologic component, such as inflammatory diseases of the gastrointestinal tract or transplant rejection. As a hematopathologist, his areas of interest include post-transplant lymphoproliferative disorders and expanding the use of flow cytometric analysis as a diagnostic and prognostic tool in hematolymphoid diseases. ​​

Dr.Firan is certified by the American Board of Pathology in Anatomic/Clinical Pathology, Pediatric Pathology, and Hematopathology.