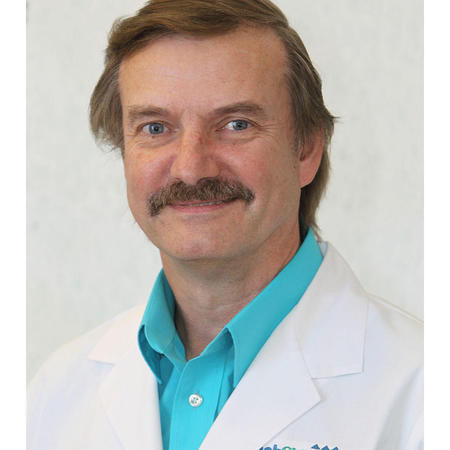 "My daughter saw Dr. Eckel for a second appointment. She had never seen him at that office before as her normal primary pediatrician left the practice there. However after the sick visit she was saying how wonderful this doctor is and how she wants him to be her new doctor. So that was excellent feedback from my daughter." – Patient family

Bruce Eckel, M.D., grew up on a farm in rural Iowa and has always loved math, science, and children. He decided in 9th grade that he wanted to be a Pediatrician and has never looked back. He has had a large general pediatric practice since 1983 and has a special interest in international adoptions. He takes care of children from newborns through 21 years and is on several "second generation" families in Denton.

Dr. Eckel did his undergraduate and medical school training at the University of Iowa. He then attended a three year residency in pediatrics at Oklahoma Children's Memorial Hospital in Oklahoma City and is certified by the American Board of Pediatrics. He worked at Kings Daughters Clinic in Temple, Texas for six years before settling in Denton in 1989. He is married and has four children.

Dr. Eckel currently serves on the board for Serve Denton which is working to build collaboration and cooperation between multiple nonprofit agencies in Denton. He loves teaching new healthcare providers and holds the positions of "Adjunct Clinical Instructor" at the UTA college of nursing and "Assistant Professor in the Department of Pediatrics" at the new TCU / UNTHC College of Medicine.

Dr. Eckel is founder and director of the North Texas International Adoption Clinic, which was the first of its kind in North Texas. The clinic helps with reviewing medical records and evaluations of children adopted from other countries. He has two children adopted from China as toddlers and has taken part in several mission trips including China, Russia, Brazil, Haiti, Romania, and most recently Kenya.

He is active at Southmont Baptist Church in Denton and has been part of the Kiwanis children's clinic, Ronald McDonald House project, Scottish Rite camps, Camp Copass, and several other volunteer projects over the years. He enjoys photography, panda bears, and sports as well as several other hobbies.