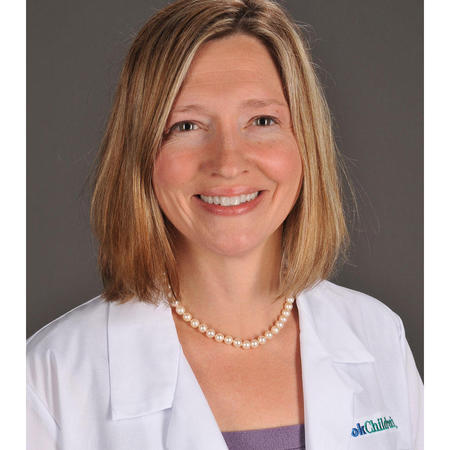 "Doctor Hampton has been seeing my kids for 15 years, since we had our first son, and she now treats all four. She called and checked on my kids, she knows them in and out, and she remembers what we talked about during our last visits. She is wonderful!" – Patient family

As a child, Dr. Hampton moved every few years with her family when her father, a minister, was assigned new churches. There was always the challenge of new schools with new curriculums, and in particular, she remembers one elementary school that introduced her to the concept of "brainstorming".

"I remember I was fascinated because there were no formal sentence constraints, just a whiteboard where we called out as many ideas as possible. Practicing pediatrics was a natural progression because I like to problem solve and I wanted to be in a serving profession. Children in particular use their imagination to view their world, knowing that they do not have to place limits on themselves. Children are the ultimate brainstormers! Sharing their worldview with their parents opens up a new set of joys to the parent's world. It is special to be allowed to be part of that relationship."

Earning a B.A. degree in English from Duke University helped Dr. Hampton later approach medicine in a well-rounded way. After college, she earned her doctor of osteopathic medicine degree at the University of North Texas Health Science Center in Fort Worth. She completed her pediatric residency program with Tulane University Medical Center in New Orleans, in conjunction with the Tulane Hospital for Children, and Ochsner Hospital. While there, she was chosen as the outstanding resident in her class of 2002.

Outside of work, Dr. Hampton enjoys exercising, reading and trying to keep up with her three active teenagers in their respective sports and school life.