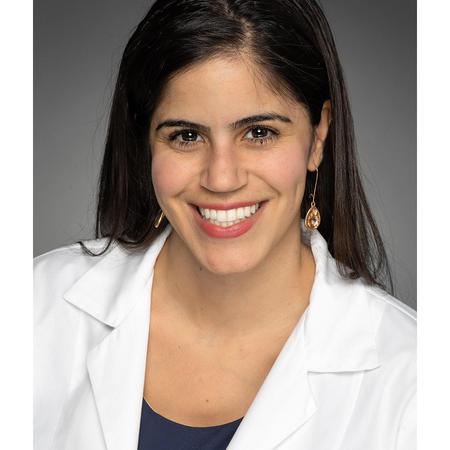 The first time Christina Ateek, D.O., saw a child hooked up to an IV, she was moved by the way he tottered down the hall holding on to his IV pole. That moment ignited a flame in her heart that left no doubt of the path her career would take. She knew she wanted to become a pediatrician at the forefront of children's medical care.

This confidence led Dr. Ateek to shadow multiple pediatricians, including a pulmonologist, cardiologist, oncologist, and neonatologist both overseas in Nazareth, Israel and locally at Cook Children's in Fort Worth, Texas. She even had the opportunity to participate in pediatric oncology research at UT Southwestern before entering medical school.

During her year in oncology research, Dr. Ateek worked alongside great pediatric hematologist/oncologists and was involved in the study of pediatric germ cell tumors. The hard work and dedication devoted to the well-being of children excited her and confirmed that pediatric medicine was the right choice for her.

Today, as a member of Cook Children's pediatrics team, Dr. Ateek is committed to being the pediatrician that she envisioned and doing what she believes she has been called to do.

Dr. Ateek's interests outside of her practice include spending time with her family both here in Fort Worth and in Nazareth, Israel. She feels privileged to have seen the beautiful holy city many times and has greatly enjoyed the beaches and food there. She also enjoys camping, hiking and going to the movies.