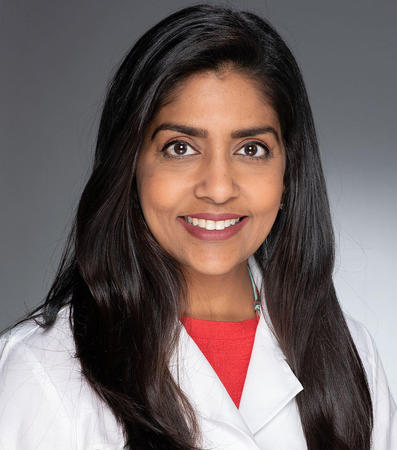 ​​Sireesha Mutyala, M.D., has enjoyed being a pediatrician in Plano for the past several years, but her first experience in a children’s hospital was decades ago in Chicago, when she was just two years old. After yet another viral infection, she experienced a serious kidney problem which required repeated hospitalizations. Fortunately, with caring pediatric specialists, several years of medications, and moving to a sunnier climate in Houston, her kidneys healed.

After attending Texas A&M University for her undergraduate education, Dr. Mutyala went to the University of Texas Medical Branch in Galveston for medical school. It was there during her clinical rotations that she discovered her love for pediatrics. The pediatric patients were so resilient and had such positive attitudes, even on their sickest days.

Dr. Mutyala completed her pediatric residency in Ohio, where she was a Chief Resident during her final year. She moved to the Plano area after graduating.

Dr. Mutyala cherishes the relationships that she has with her patients as they grow. By guiding families at well visits, close monitoring of growth and development, and medical advances such as immunizations, pediatricians can have such a positive and lasting impact on their patients'​ lives.

In addition to her work in pediatrics, Dr. Mutyala volunteers at her children’s schools, loves cooking, and enjoys traveling with her husband, son, and daughter.