Was your child was born with or recently diagnosed with or suspected of having kyphosis, a curvature of the spine? If so, rest assured that you'll find a full team of specialists with the experience and expertise to diagnose and treat your child's specific condition.

Kyphosis makes a person's spine rounded so the back looks hunched over. Everyone has some rounding of the spine. But a larger rounding than normal can cause health problems like pain and breathing trouble.

Everyone's spine is slightly rounded forward at a gentle angle. If this angle is too pronounced, more than 45-50 degrees or so, it's called kyphosis, also known as roundback, hunchback or humpback.

Doctors sometimes treat kyphosis with back braces and physical therapy. A larger curve might need surgery.

The spine is called "the backbone" but it's not just one bone. It's made of lots of small bones, called vertebrae. The vertebrae are stacked and connected by a type of elastic tissue called cartilage. This gives us the flexibility to bend, stretch, balance, and walk.

The stacked vertebrae are slightly rounded, making the upper back curve out a little bit. When the curve is larger than normal, it's called kyphosis.

Kyphosis also can happen in the neck. This is called cervical kyphosis.

The different types of kyphosis in the back are:

A problem with how the vertebrae developed before birth causes this type of kyphosis. The rounded back may be seen at birth as a lump in the back, or it may take time to become obvious. Sometimes it is noticed when the child starts walking and becomes more noticeable as a child grows.

Kids with congenital kyphosis also can have kidney, heart, or intestine problems. So when a child is diagnosed with this problem, the doctor will order other tests to make sure the rest of the body is healthy.

If you notice lump or a hunched shape in your child's neck or back, call your doctor for an evaluation.

This is the most common kind of kyphosis. Kids who slouch over a lot (have "bad" posture) can develop a rounded back. It usually affects teens and is more commonly seen in girls.

Postural kyphosis happens when someone slouches a lot. This bad posture makes the back muscles and the bones in the spine get used to that position. After a while, the back stays in a rounded or hunched shape.

Teens with postural kyphosis have a smooth, round shape of the upper back. It can look like a hunched back. It usually isn't painful.

Unlike with other types of kyphosis, someone with postural kyphosis can straighten the spine when asked to stand up straight.

Scheuermann's Kyphosis typically appears during the growth spurt that happens around puberty, between the age of 12-15. The curvature or hump can sometimes be difficult to see, and other times it can be more noticeable. Kids with this type of kyphosis can't straighten their curve when they're asked to stand up straight. Viewed from the side, vertebrae look like stacked rectangles. In Scheuermann's kyphosis, the vertebrae are triangles, or wedge shaped. This makes the spine hunch forward. 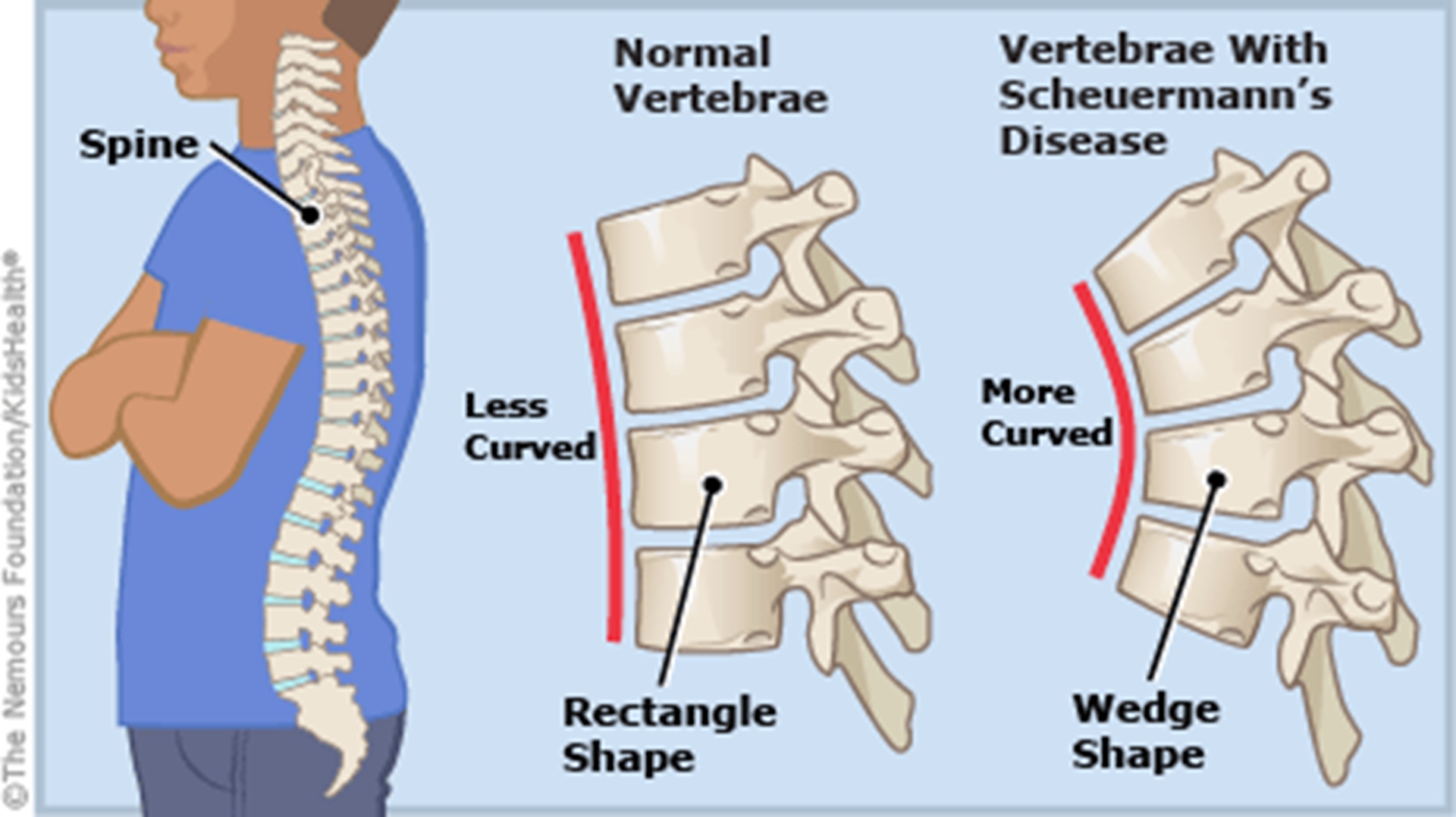 The spinal cord is the body's central communication system. It's a tube of nerves that runs inside the spine. The nerves branch out to every part of the body. They send messages between the brain and the rest of the body. If damage is very bad, the nerves can't send important signals like telling the lungs to breathe or blood to move around the body. 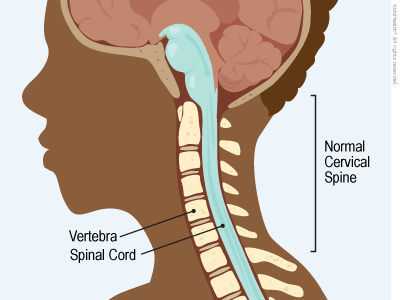 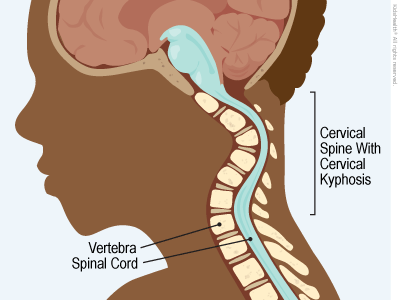 Here are some things you may notice if your child has cervical kyphosis:

If the curve is sharp enough to pinch the spinal cord, kids might have these problems: