Appointments, Testing and Screenings | Vaccine and Kids | Symptoms and Exposures

Having a child with restless sleep can be a cause for great concern. Depending on the cause, disturbed sleep may interfere with your child's health, ability to learn and daily life. Cook Children's Sleep Center in Fort Worth offers help for children with abnormal sleep symptoms such as snoring, sleepwalking or bedwetting.

Left untreated, kids with sleep disorders may develop serious, and even life-threatening conditions. At Cook Children's, we specialize in the diagnosis and treatment of sleep disorders in kids. Our pediatric sleep specialists are devoted to performing procedures according to the highest medical standards using integrated sleep software for the diagnosis and management of pediatric sleep-related disturbances.

Our Sleep Center is proudly accredited by the American Academy of Sleep Medicine (AASM).

We have 11 highly trained polysomnography technologists on staff, who are led by Dr. Hilary Pearson. This level of expertise assures that your child will receive the highest quality of diagnostic recording and testing.

Have you ever wondered why your brain races at night while lying in bed? Even when you feel exhausted, sometimes it can be a challenge to quiet an active mind. Some neurodevelopmental disorders can make this issue worse. Believe it or not, there are also subconscious visual, or auditory cues that can either assist or prevent a person from achieving sleep. Sleep psychologists are experts in improving these problems- and you can consult with one here at Cook Children's Medical Center! These are individuals with a PhD in psychology, who have then done extra training in the field of behavioral sleep medicine. They can analyze a person's schedule, sleep environment, medical/developmental history and mindset at bedtime, and help to make a treatment plan that maximizes the duration and quality of sleep. They can help everyone from parents of young babies, to teenagers. Contact us if you think a sleep psychology visit could help a child in your family!

Few things worry parents as much as a child who can't get restful sleep. Snoring, gasping or pauses in breathing can rob children of the rest they need and may even be signs of more serious problems. Children show symptoms of poor sleep differently than adults.

Children with poor sleep may exhibit:

To diagnose sleep problems, our sleep team evaluates your child's sleep history. In some cases, a comprehensive sleep study is needed to observe your child while he or she is sleeping. The results of your child's study will help us determine the appropriate interventions.

Barriers to good sleep include:

If your child is scheduled for a sleep study, you'll typically need to arrive at the Cook Children's Sleep Center around 6:30 p.m. This gives your child time to get comfortable with the environment before beginning the study. The study usually begins between 8 and 9 p.m.

We recommend that you follow your child's normal dinner and bedtime routine prior to arriving for the sleep study. Please plan to stay with your child in the Sleep Center during the procedure. Due to space limitations, we ask that only one parent or legal guardian stay with your child.

The study takes about 8 hours and then you and your child may go home.

For the study, special non-invasive electrodes and monitors are attached to your child's face, head and arms prior to sleep. A polysomnography technician monitors your child's breathing, heart rate, oxygen level, sleep stages and chest and abdominal movement.

The technician tallies the results to pinpoint what irregularities were present and measures their severity.

Do you think your child has a sleep disorder? Take the assessment below.

If you answer "Yes" to any of these questions, we recommend you contact one of our sleep specialists to learn more.

In addition, some other symptoms for sleep disorders include:

Brief pauses in breathing during sleep are normal. But when breathing stops often or for longer periods, it's called sleep apnea.

When someone has sleep apnea, oxygen levels in the body may fall and sleep can be disrupted. You might think that only older people have sleep apnea, but kids and teens can develop it, too.

Sleep apnea happens when a person stops breathing during sleep ("apnea" comes from a Greek word meaning "without wind"). It is usually caused by something obstructing, or blocking, the upper airway. This is known as obstructive sleep apnea (OSA).

OSA is common, serious conditions that can make kids miss out on healthy, restful sleep. If left untreated, obstructive sleep apnea can lead to learning, behavior, growth, and heart problems. In very rare cases, it can even be life threatening.

Less commonly, sleep apnea can happen when someone doesn't get enough oxygen during sleep because the brain doesn't send signals to the muscles that control breathing. This is called central sleep apnea. Developmental abnormalities or neurologic diagnoses that affect the brain increase the risk of developing this type of apnea.

When we sleep, our muscles relax. This includes the muscles in the back of the throat that help keep the airway open. In obstructive sleep apnea (OSA), these muscles can relax too much and collapse the airway, making it hard to breathe.

This is especially true if someone has enlarged tonsils or enlarged adenoids (germ-fighting tissues at the back of the nasal cavity), which can block the airway during sleep. In fact, enlarged tonsils and adenoids are the most common cause of OSA in kids.

Risk factors for the development of OSA include:

Health insurance companies cover the cost of testing for sleep disorders and often pay for the equipment necessary for prevention and treatment. Please be sure to check with your insurance provider for details about your coverage.

If your child has an upcoming appointment that requires forms and information to be completed or updated, you can now do so before your appointment, in your MyCookChildren's portal account.

Simply login to your child's MyCookChildren's account, select 'Visits' and then the green 'eCheck-In' icon for your child's upcoming appointment. From there, you can fill out the necessary forms needed. This process from start to finish should take less than 20 minutes and will shorten your time in our office. Please note: the forms and questionnaires are specific to who your appointment is with and what is needed for that type of appointment. Even if you recently updated forms, there may be new items to complete that are specific for this appointment.

Please call the Sleep Center 24 hours before your appointment for any time changes or cancellations. This is very important due to the number of people waiting to schedule sleep studies.

Also, if your appointment isn't confirmed 24 hours in advance, we may need to reschedule you for the next available opening.

Cook Children's Sleep Center is located in the Dodson Specialty Clinics building, on the 4th floor.

You may park in the 7th Ave parking garage, located on the corner of 7th Ave and Pennsylvania. Be sure and keep the parking ticket and a Sleep Technologist can validate it for you. You will register between 6-6:30 p.m. at "Registration 1" (please print attached map). After you have registered one of the sleep techs will come and get you. 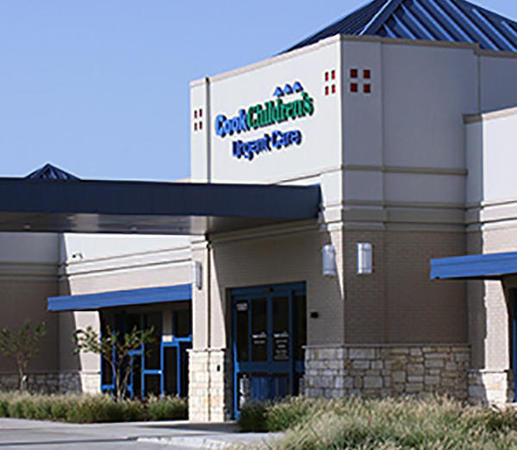 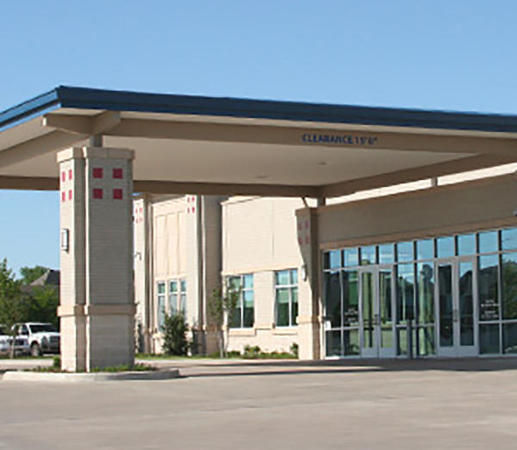 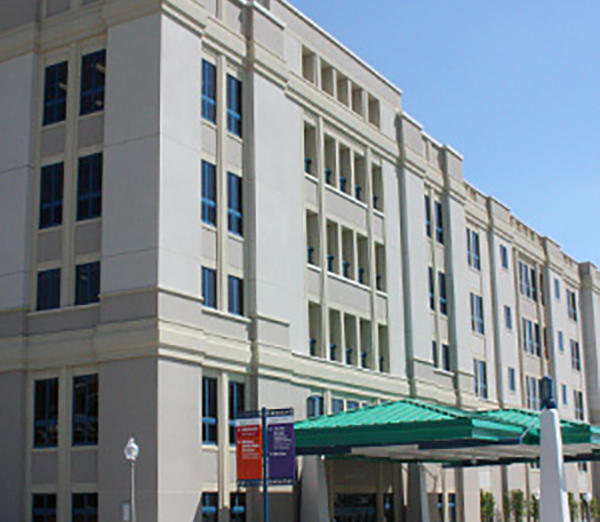